Proud to be in the list as conductor, The European Youth Brassband and the Spijkerpakkenband.

The long lists of 4BR annual award nominations that will be considered by a panel of 11 judges have been released. 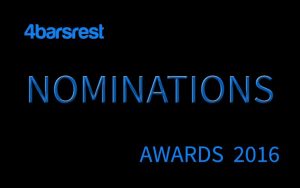 Conductor of the Year:

The 10 conductors have been chosen not just for their impressive contest records during the past year, but also for their inspirational leadership qualities and progressive artistic outlooks.

Lower Section Band of the Year:

As with the Band of the Year category, these are the 10 bands have been chosen not just for their contest achievements during the past year, but also for their artistic ones — from concert performances and tours to recordings, projects, and even simply being an inspiration to others.