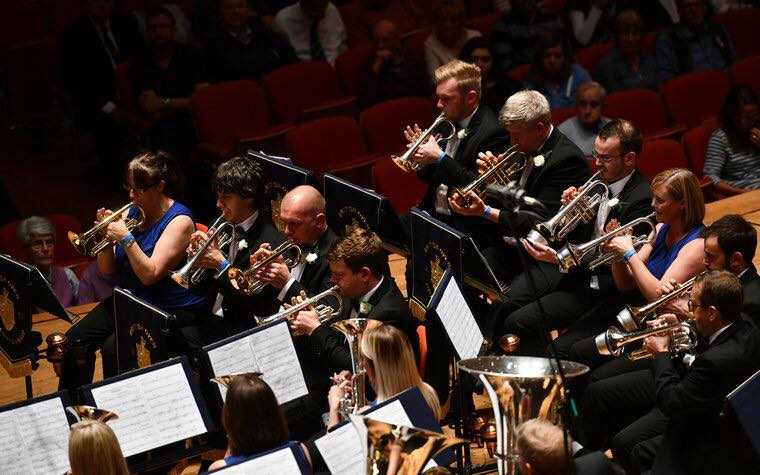 A solid opening if not the most atmospheric we’ve heard today and Black Land proceeds without major incident.

The Towering Colliery impresses in its sound and this is coming across as a workmanlike performance whilst not grabbing us with its emotion or engagement at this stage.

Kirsty Abbots is a fine cornet soloist in From Light to Dark and the transition into Extracting the Coal is well handled.

As Extracting the Coal progresses however the ensemble isn’t always totally secure but there is so much energy here, energy that continues to play its part in Firedamp as there’s a real sense of terror as the flames roar through the mine shaft. At times this is really capturing our imagination.

Solo cornet again impresses at the opening of Fraternity Prayer, whilst the emotion is wrought from the final paragraphs in impressive fashion.

Overall: A committed and at times vividly exciting show from Carlton Main. Not without insecurities but well conceived musically and performed with passion.

Some quote’s of the adjudicators:

*Relegated to the Grand Shield: Jaguar Land Rover and Milnrow

*to be officially confirmed