You are here: Home » Blog » Erik Janssen to direct Whitburn at National Finals.

Exchange Communications Whitburn has announced that Erik Janssen will conduct the band at this year’s National Finals at the Royal Albert Hall.

Regarded as one of the most exciting conducting talents in European banding, he is currently the musical director of Dutch champion Brass Band Schoonhoven, who he will lead at this year’s European Championship in Rotterdam in a few weeks time.

He recently conducting the band to victory at the Flemish Open in Mechelen. 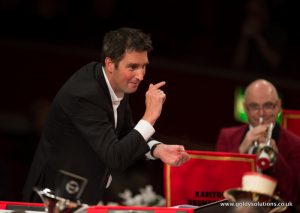 Whitburn President, Dave Kinross, told 4BR: “We have enjoyed working with exciting conducting talent in recent years, including Ian Porthouse, Simon Dobson and Michael Bach, so everyone is looking forward to welcoming Erik to Scotland and to perform under him in London in October.