The concert in Zaandijk was  a concert by 3 bands of Erik all performing a composition of Stan Nieuwenhuis. 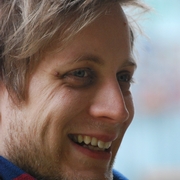 The Royal Wind band Delft played the world premiere of the windband version of L’Effet Divers of Stan Nieuwenhuis.

This was his frist idea with this compisition, his first major  wind band composition before instrumentating it for brassband and winning the best composers competition organised by the EBBA in 2015.

Fanfare Banbd OG from Krommenie performed A King’s Lie of Stan Nieuwenhuis besided de Ruigewaard  of Jan de Haan and de Spijkerpakkenband  performed the brassband version of a King’s lie next to Sinfonietta No. 3 of Etienne Crausaz.

It was a good kick of for all bands for the contests later, Spijkerpakkenband winning the 1st divsion of the national Brassband Championships with 94 points and a few weeks later the where the highest placed bands in the contest weekend organised by the KNMO in Zaandam. In this same event Fanfare OG Krommenie ended runner up over the weekend.