Last weekend had my debut at the NM !

Rong brass invited me quite a while ago, Rong was playing 3rd division but planned to go for the wildcard for the 1st division. This wildcard is open for all bands who want to compete in the first section, bands sent in a recording of a set test piece and some adjudicators will reward only 1 band each year.

This year Rong won the place and instead of trying to promote form 3rd to 2nd division there was a new perspective: a debut in the first division

The level in Norway is incredible high, just look at the list of own choice test pices. 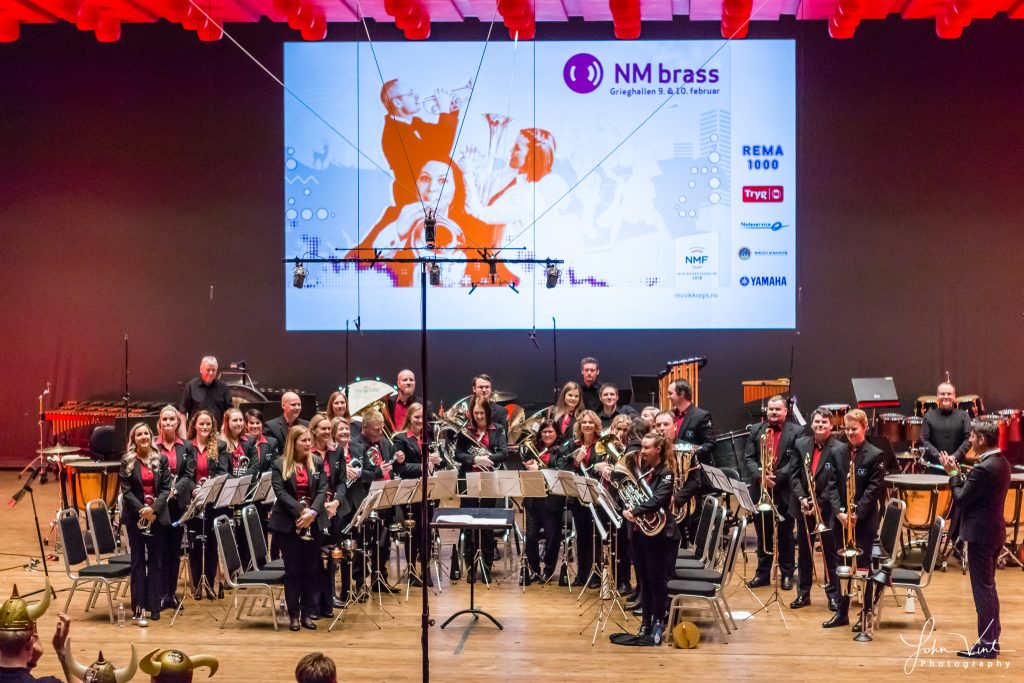 The 4barsrest predictions where nice, and I was really happy with the way Rong performed on stage.

First Division:
Sounds like half time…
We are at the half way point in the First Division contest and it’s been an intriguing morning of own choice test pieces.

Brottum Brass gave us an atmospheric ‘Journey to the Centre of the Earth’ under Ray Farr, with Ila Brass Band’s West Side Story laced ‘Metropolis 1927’ featuring a host of quality soloists before the ‘Sounds’ of John Golland were given fine space and dynamism by Rong Brass Band under the expert guidance of Erik Janssen.

There’s a good deal for the judges to think about here but Chris Thomas goes for a half way top three of Ila Brass Band, closely followed by Rong Brass and Askoy.

The real judges as allways had a different idea, and placed the band on the 9th place.

The good news: Rong stays in the 1st division and will have time to grow and I am sure they will !

It was a great week, the band worked with so much focus and spirit.  I felt more than welcome !