You are here: Home » Blog » Spijkerpakkend will Challenge in Elite Division

Spijkerpakkenband heads to the Championship Division at the Dutch National Championships after opting for promotion. 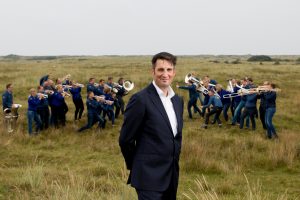 One of the most instantly recognisable brass bands in Europe is looking forward to challenging at Elite level later this year after accepting the invitation from the Dutch National Championship organisers to accept promotion to the Championship Division.

Spijkerpakkenband — famous for its blue denim jeans and shirts stage uniform, won the First Division National title in 2014 and again in 2016 under the baton of MD Erik Janssen.

Formed in 1989 as a youth band, they have become an increasingly successful contest outfit — also winning the First Division of the World Music Contest in 2013 and the Flemish Open in 2016.

After winning the Dutch National Championship in Utrecht last year an invitation was made to ask the band to consider participating in the Championship Division, with Band Chairman Thies Nicolai telling 4BR: “After extensive consultation with the members and our highly respected conductor, we made the decision to do it.”

We are really proud that since starting out as a youth band we have reached the top level. It will be awesome — a huge musical adventureBand Chairman Thies Nicolai

He added: “We are really proud that since starting out as a youth band we have reached the top level. It will be awesome — a huge musical adventure.

It will be an honour to play Kenneth Downie’s ‘Handel in the Band’ at TivoliVredenburg in Utrecht in November against some amazing bands. As always, we will enjoy ourselves trying for what has become a dream come true.”