You are here: Home » Blog » Woodfalls go Dutch for Open 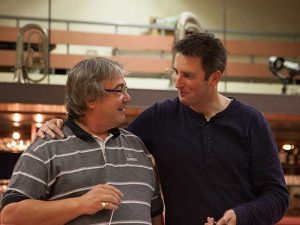 Following the recent announcement that Dr Robert Childs had accepted the role as their new Music Advisor, the Woodfalls Band has confirmed that the highly respected Dutch conductor, Erik Janssen will lead them at the British Open this year.

We have worked together many times together during his highly successful tenure at Schoonhoven (above), and I know he will bring the best out of the band.”